There is increasing confidence that the COVID-19 outbreak likely originated in a Wuhan laboratory, though not as a bioweapon but as part of China's attempt to demonstrate that its efforts to identify and combat viruses are equal to or greater than the capabilities of the United States, multiple sources who have been briefed on the details of early actions by China's government and seen relevant materials tell Fox News. 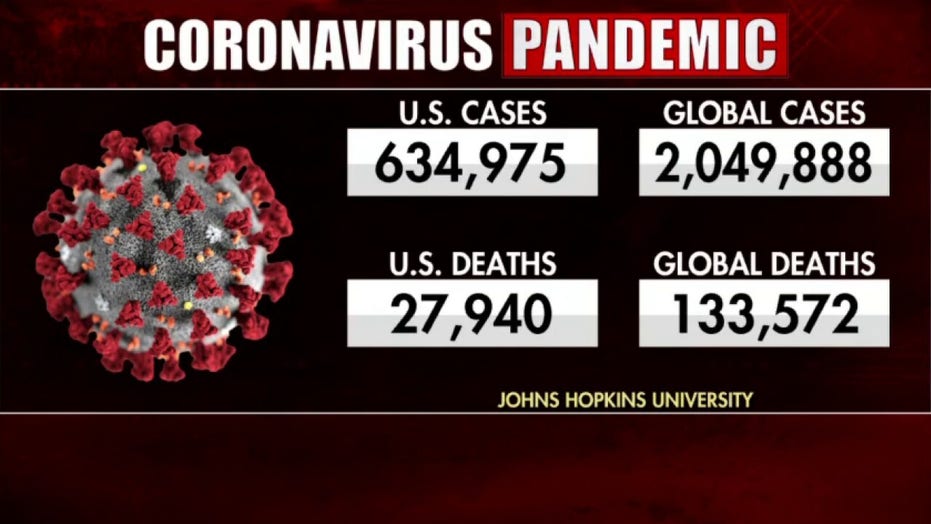 Sources tell Fox News that the belief is now is that the coronavirus originated in a Wuhan lab, not as a bio weapon, but as China's effort to find and deal with viruses.

Get all the latest news on coronavirus and more delivered daily to your inbox. Sign up here.

EXCLUSIVE: There is increasing confidence that the COVID-19 outbreak likely originated in a Wuhan laboratory, though not as a bioweapon but as part of China's attempt to demonstrate that its efforts to identify and combat viruses are equal to or greater than the capabilities of the United States, multiple sources who have been briefed on the details of early actions by China's government and seen relevant materials tell Fox News.

This may be the "costliest government cover-up of all time," one of the sources said.

The sources believe the initial transmission of the virus – a naturally occurring strain that was being studied there – was bat-to-human and that "patient zero" worked at the laboratory, then went into the population in Wuhan.

The “increasing confidence” comes from classified and open-source documents and evidence, the sources said. Fox News has requested to see the evidence directly. Sources emphasized -- as is often the case with intelligence -- that it’s not definitive and should not be characterized as such. Some inside the administration and the intelligence and epidemiological communities are more skeptical, and the investigation is continuing.

What all of the sources agree about is the extensive cover-up of data and information about COVID-19 orchestrated by the Chinese government.

Documents detail early efforts by doctors at the lab and early efforts at containment. The Wuhan wet market initially identified as a possible point of origin never sold bats, and the sources tell Fox News that blaming the wet market was an effort by China to deflect blame from the laboratory, along with the country's propaganda efforts targeting the U.S. and Italy.

U.S. Embassy officials warned in January 2018 about inadequate safety at the Wuhan Institute of Virology lab and passed on information about scientists conducting risky research on coronavirus from bats, The Washington Post reported Tuesday.

Responding to the report, Gen. Mark Milley, the chairman of the Joint Chiefs of Staff, said on Tuesday afternoon: "It should be no surprise to you that we have taken a keen interest in that and we've had a lot of intelligence take a hard look at that. I would just say at this point, it's inconclusive, although the weight of evidence seems to indicate natural, but we don't know for certain."

“Even today, I see them withholding information and I think we need to do more to continue to press them to share,” Secretary of Defense Mark Esper told “America’s Newsroom" on Wednesday, referring to China. Esper added that he wouldn't speak to "intelligence reporting," but that "most people believe it began naturally — it was organic, if you will. I think in due course, once we get through the pandemic we're in right now, there'll be time to look back and really ascertain what happened and make sure we have a better understanding so we can prevent this in the future."

Sources point to the structure of the virus, in saying the genome mapping specifically shows it was not genetically altered.

Speaking to "The Story" Wednesday evening, Secretary of State Mike Pompeo remarked: "What we do know is we know that this virus originated in Wuhan, China. We know there is the Wuhan Institute of Virology just a handful of miles away from where the wet market was. There is still lots to learn. You should know that the United States government is working diligently to figure it out." 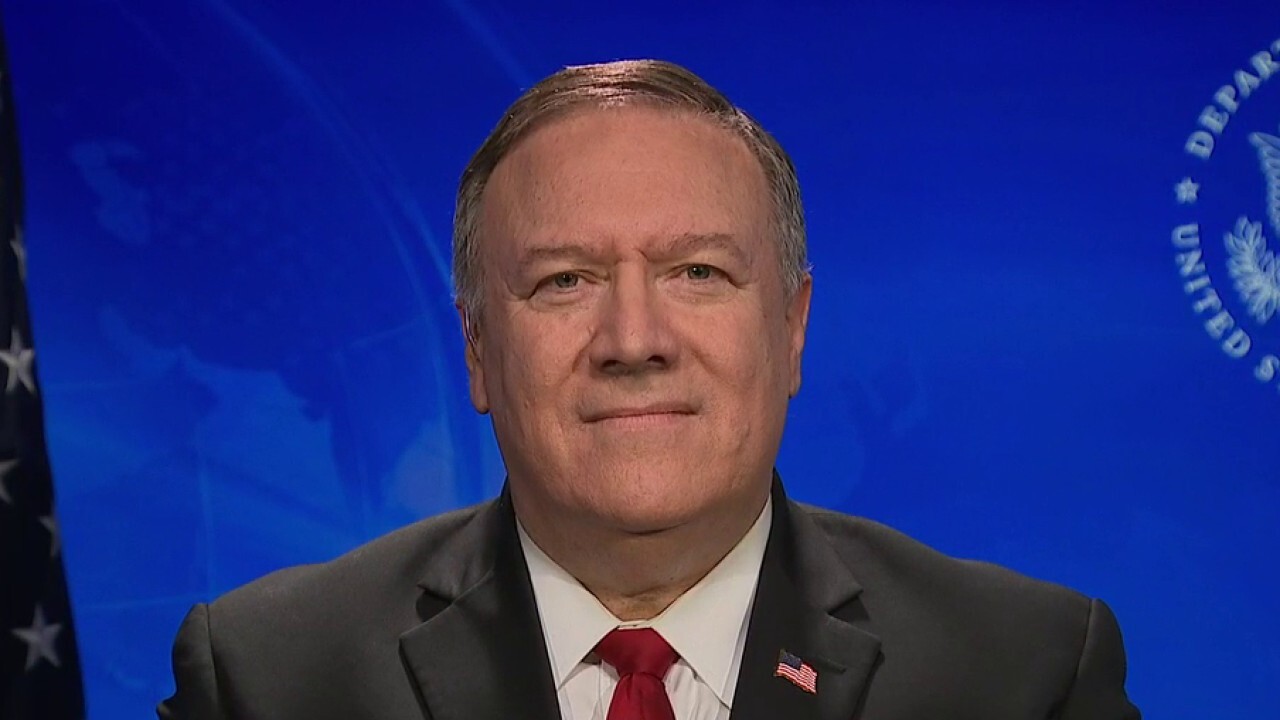 Pompeo: China's lack of transparency put people around the world at risk

Secretary of State Mike Pompeo sits down with Martha MaCallum on 'The Story' to discuss the coronavirus pandemic and U.S.-China relations.

Concerning the State Department cables warning about the Wuhan laboratory, Pompeo said the installation "contained highly contagious materials — we knew that, we knew that they were working on this program, many countries have programs like this. In countries that are open and transparent, they have the ability to control them and keep them safe, and they allow outside observers in to make sure all the processes and procedures are right. I only wish that that had happened in this place."

On Thursday, China's foreign ministry pushed back on the suspicion that the virus escaped from the facility, by citing statements from the World Health Organization that there is no evidence the coronavirus came from a laboratory.

Americans were originally helping train the Chinese in a program called PREVENT well before the Chinese started working on this virus. The French government helped the Chinese set up the Wuhan lab.

There were doctors and journalists who were "disappeared" warning of the spread of the virus and its contagious nature and human to human transmission. China moved quickly to shut down travel domestically from Wuhan to the rest of China, but did not stop international flights from Wuhan.

Additionally, the sources tell Fox News the World Health Organization (WHO) was complicit from the beginning in helping China cover its tracks.

Commuters wear face masks to protect against the spread of new coronavirus as they walk through a subway station in Beijing, Thursday, April 9, 2020. China's National Health Commission on Thursday reported dozens of new COVID-19 cases, including most of which it says are imported infections in recent arrivals from abroad and two "native" cases in the southern province of Guangdong. (AP Photo/Mark Schiefelbein)

Trumpannounced at the White House coronavirus news briefing in the Rose Garden on Tuesday that the United States will immediately halt all funding for the WHO, saying it had put "political correctness over lifesaving measures." The United States is the WHO's largest single donor, and the State Department had previously planned to provide the agency $893 million in the current two-year funding period.

Senior administrations separately tell Fox News the rollout of the president’s “blueprint for reopening the U.S. economy” will happen Thursday afternoon, first for governors and then briefed to the press.

Meanwhile, Trump's own handling of the crisis has come into focus. On January 24, for example, Trump tweeted in praise of China’s “transparency" on coronavirus.

Though they were not speaking for the president, the sources ventured an explanation, saying it was diplomatic talk to make the Chinese "feel good" while the investigation was ongoing, with trade and other talks happening simultaneously.

In the six days after top Chinese officials secretly determined they likely were facing a pandemic from a new coronavirus, the city of Wuhan at the epicenter of the disease hosted a mass banquet for tens of thousands of people; millions began traveling through for Lunar New Year celebrations.

President Xi Jinping warned the public on the seventh day, Jan. 20. But by that time, more than 3,000 people had been infected during almost a week of public silence, according to internal documents obtained by The Associated Press and expert estimates based on retrospective infection data.

“This is tremendous,” said Zuo-Feng Zhang, an epidemiologist at the University of California, Los Angeles. “If they took action six days earlier, there would have been much fewer patients and medical facilities would have been sufficient. We might have avoided the collapse of Wuhan’s medical system.”

Fox News' Barnini Chakraborty and The Associated Press contributed to this report.

Bret Baier is the chief political anchor of Fox News Channel, and the anchor and executive editor of "Special Report with Bret Baier.” He is the author of “Three Days in January: Dwight Eisenhower’s Final Mission,” and “Three Days in Moscow: Ronald Reagan and the Fall of the Soviet Empire.” His third presidential book, “Three Days at the Brink: FDR’s Daring Gamble to win World War II,” will be released on Oct. 22, 2019.