In an interview with Pastor Jack Graham of Prestonwood Baptist Church in Texas on his faith and response to the COVID-19 disease, Gov. Greg Abbott told the viewers they have "support you can lean on that will always be there for you, and that's Jesus Christ." 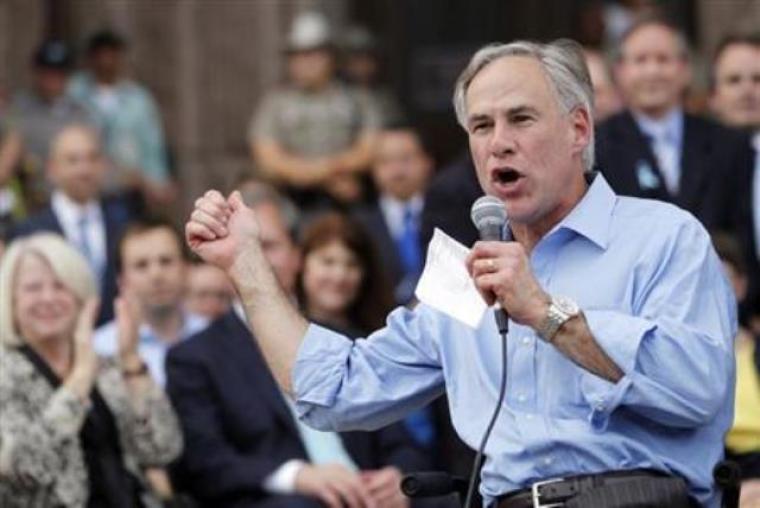 In an interview with Pastor Jack Graham of Prestonwood Baptist Church in Texas on his faith and response to the COVID-19 disease, Gov. Greg Abbott told the viewers they have "support you can lean on that will always be there for you, and that's Jesus Christ."

The interview took place during the church's weekend services. Graham thanked Abbott for leading the fight against an unprecedented crisis, the COVID-19 pandemic, and asked if he had a personal story of a crisis.

Abbott said his experience of the crisis in his own life was helping him lead in the crisis today.

"When I was just 26 years old, I suffered, literally, a back-breaking injury," Abbott explained to Graham, who is on President Trump's Evangelical Advisory Board. He said the injury left him paralyzed and confined to a wheelchair.

"It's a test of your faith," the governor said. "Why would God allow something like this to happen?"

"But," he added, "very importantly, I found in the aftermath, that I continued to reach out to God. I found God reach back out to me. And my relationship with God and Jesus Christ grew even closer after that accident."

Abbott said everybody is going through a testing and challenging time due to the coronavirus pandemic. But there is a solution, he added, and "support you can lean on that will always be there for you, and that's Jesus Christ, God Almighty."

"The growth of the coronavirus in Texas is slowing by people staying at home, by people reducing interaction with others," he continued. "God's hand is working through the scientists across this great nation by coming out with fast, innovative drugs that would lead to therapeutic remedies."

Assuring him that the churches in Texas would fully cooperate with his plans, Graham said the church is also praying for "the greatest comeback that we've ever known."

It's going to be great "in God's time," the pastor said.

Earlier during the interview, Abbott said Texas wants to lead the way for Americans to return to their lives and livelihoods, as he begins to open up the state in a phased manner in May. He said the priority is to save lives and protect people's health.

Graham called for prayers "for our leaders" and asked everyone to "work together to bring our nation out of this crisis. As a church, we believe that God is at work in our moments of crisis and He will see us through this pandemic."

Prestonwood says it is providing relief to the community by distributing meals, hosting blood drives and providing career and financial advice for people facing unemployment, among other services.