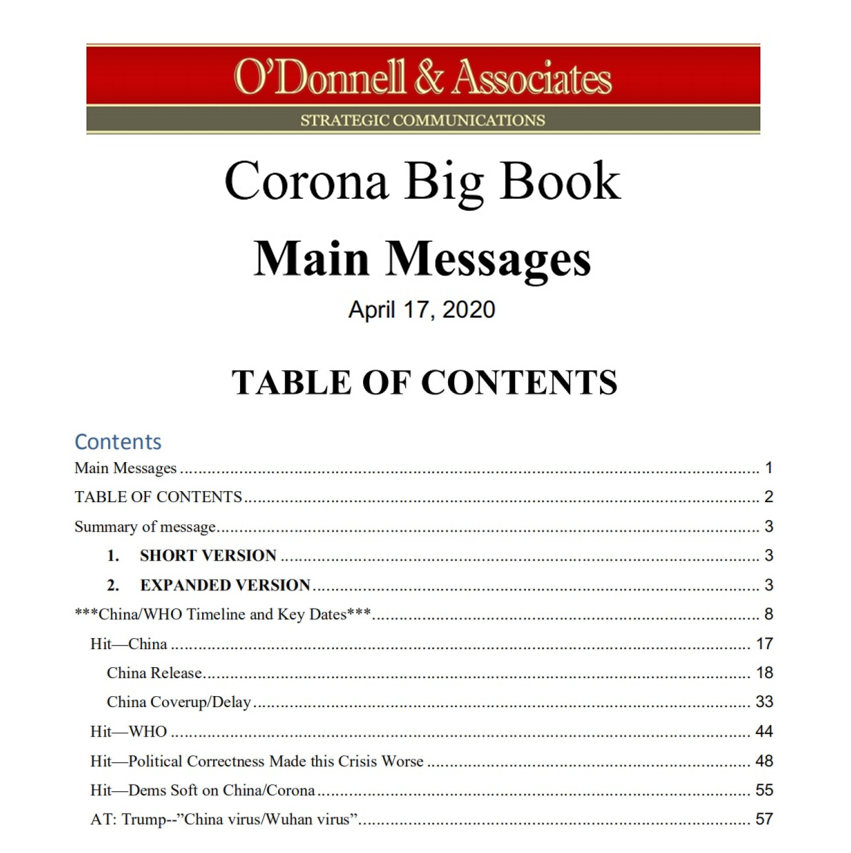 Table of contents of "Corona Big Book", a memo distributed by US Senate Republican campaign arm to GOP candidates. [Photo/chinadaily.com.cn]

The US Senate Republican campaign arm distributed a memo to GOP candidates, advising them to address the coronavirus crisis by aggressively attacking China, US political news website Politico revealed.
The 57-page memo, dated April 17, was authored by the political consulting firm of Brett O'Donnell, a veteran Republican strategist who has advised Secretary of State Mike Pompeo and Arkansas Senator Tom Cotton.
The memo provides detailed instructions, including short and expanded versions, for candidates to memorize and use in public.
It contains three main assaults: That China caused the virus "by covering it up", that Democrats are "soft on China" and that Republicans will "push for sanctions on China for its role in spreading this pandemic", Politico summarized.

A screenshot from "Corona Big Book", a memo distributed by US Senate Republican campaign arm to GOP candidates. [Photo/chinadaily.com.cn]

The memo advised candidates to respond by pivoting to China when they are asked whether the spread of the coronavirus is Trump's fault.

A screenshot from "Corona Big Book", a memo distributed by US Senate Republican campaign arm to GOP candidates. [Photo/chinadaily.com.cn]

If the candidates are questioned for being racist by blaming China and causing racist attacks against Chinese-Americans, they are advised to say it is the fault of the Chinese Communist Party for covering up the virus and lying about it's danger.
Republicans have indicated they plan to make China a centerpiece of the 2020 campaign, the Politico report said, as advisers to the president say polling shows China-focused attacks would be effective. 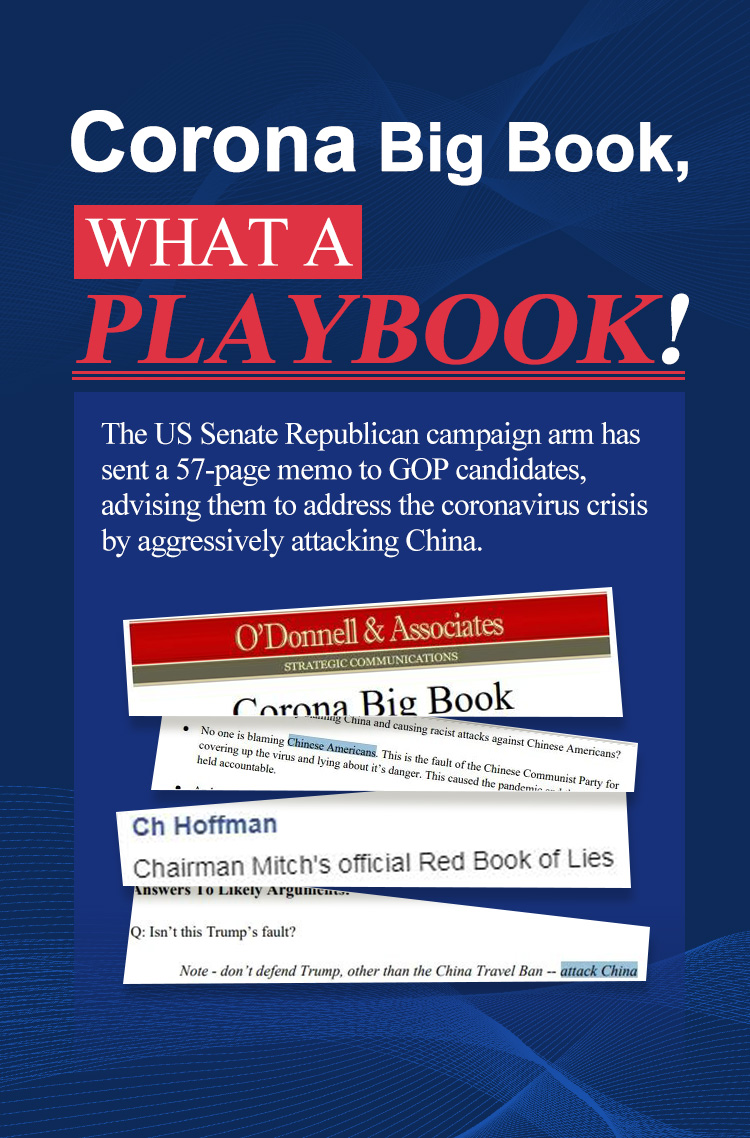 American netizens expressed their disappointment over Republican politicians on Twitter.
@Jimmy_Royce_T tweeted that "Some American politicians do not care about the life and death of their own citizens, but spend most of their time discrediting China. Nonsense, no comment."
@daily_brenda said: "Always the blame game. Never any leadership. But a love for Power." 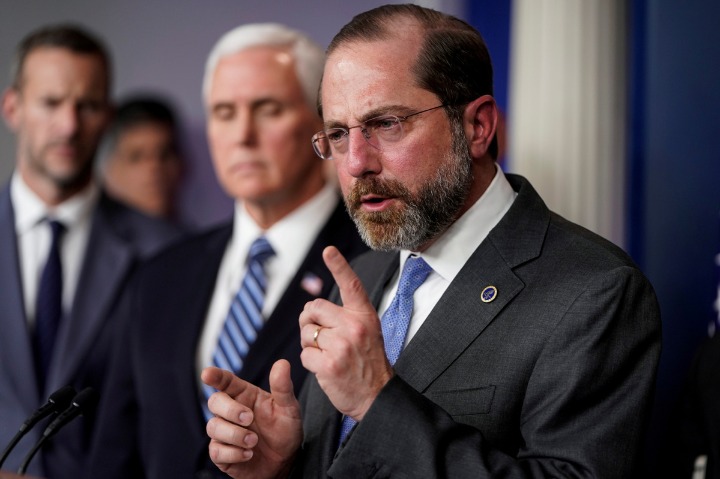 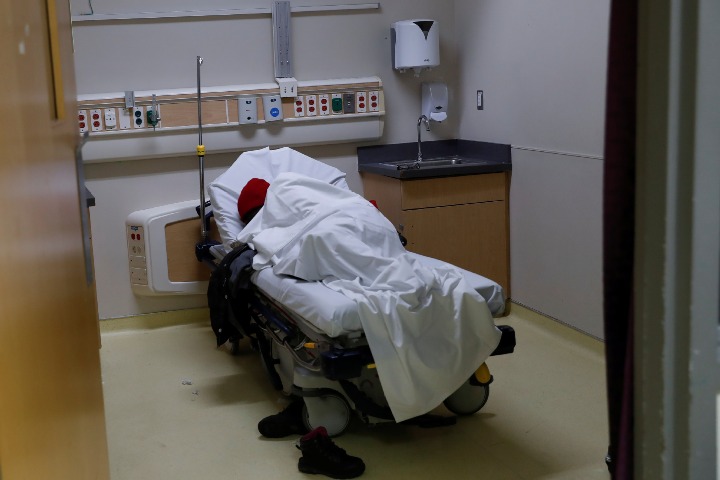 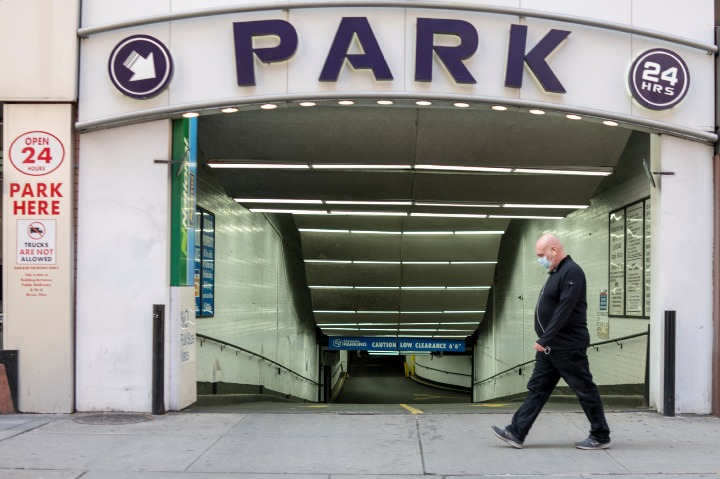 Scientists estimate COVID-19 fatality rate in NYC can be no less than 0.5 pct 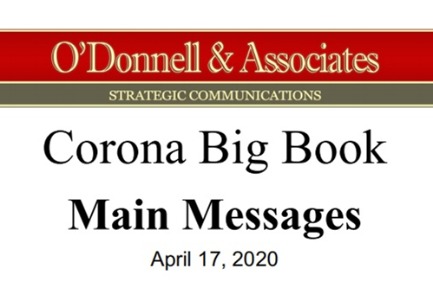 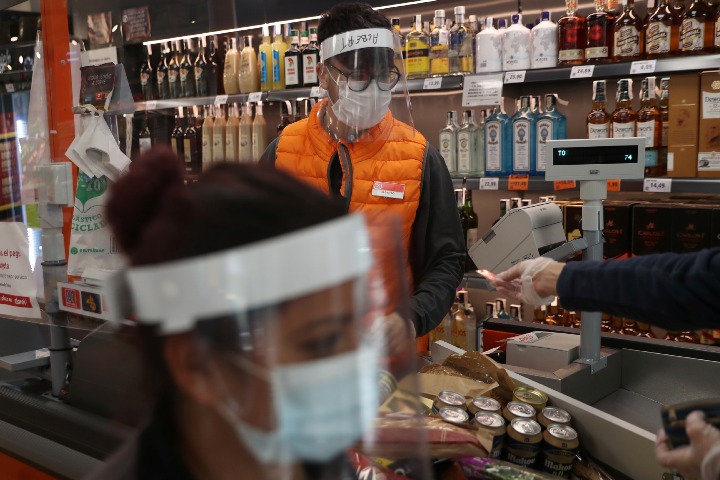 Spain to allow exercise, walks from next weekend: PM 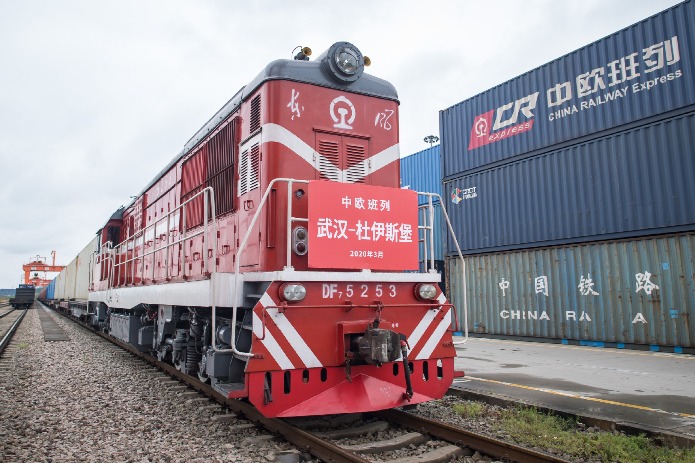 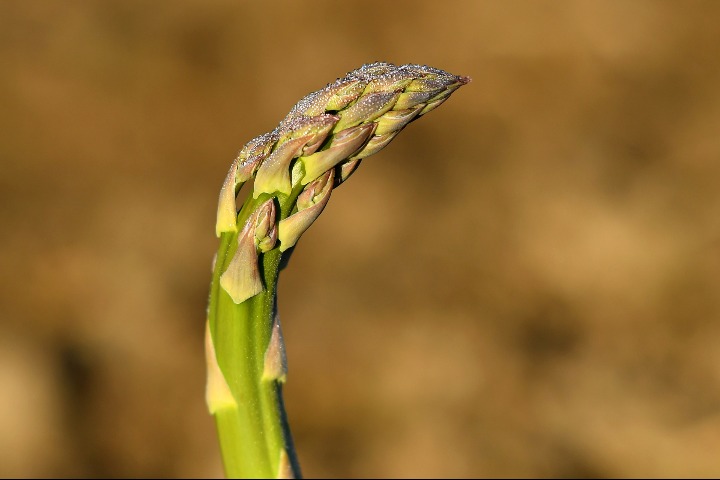 In Utah, passion to study Chinese undimmed amid coronavirus crisis

Copyright 1995 - . All rights reserved. The content (including but not limited to text, photo, multimedia information, etc) published in this site belongs to China Daily Information Co (CDIC). Without written authorization from CDIC, such content shall not be republished or used in any form. Note: Browsers with 1024*768 or higher resolution are suggested for this site. License for publishing multimedia online 0108263
Registration Number: 130349